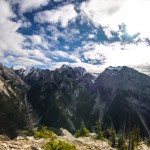 The best part of fall is the dustings of snow in the high mountain and impending winter!

My training cycle usually follows a pretty similar pattern. Race a lot in the winter. Ski adventures in the spring. Long running and mountain days in the summer. Ski specific training in the fall. This season was no exception aside from a slight difference to the last few years – I won’t be going to Europe to race World Cups this season. While I’d love to, it’s cost prohibitive and I need to focus some time on finishing up my PhD. I’d also just like to get to spend a season skiing and climbing close to home! This means that my training will be slightly less skimo specific (less intensity) and have a bit more space for skiing powder and bigger adventures around here.

I will still be racing domestically and will be hitting as many Canadian and US races as possible – starting with the Eldora Race weekend in Colorado at the beginning of December followed by the Castle Mountain weekend in Alberta in January.

My non-race training goals for the season are: 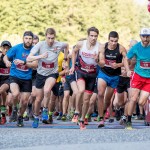 Taking off at the Grouse Grind Mountain Run. I’m in the black top on the right.

My training volume this summer has been relatively normal, building gradually. In September, I decided to jump into a few running races to get the competitive juices flowing. This started with the Whistler-Blackcomb Valley to Peak race that I’ve always finished on the podium but finally this year managed to win. A week later it was the Grouse Grind Mountain Run – a vertical race that I’ve done a handful of times as well. Olympic mountain biker Geoff Kabush showed up with his A-game and I was happy with 2nd place and a new PR.

Finally, at the end of September, I headed to Golden, BC for the Golden Ultra. This is a fairly unique 3-day stage race. It starts with a vertical kilometre up Kicking Horse Mountain Resort, followed by a 60k trail ultra, then finishes with a 20k trail race. I figured I could probably win the VK, do OK in the 60k, and then be super sore and just try to hang on for the 20k. That’s pretty much how it played out as well! 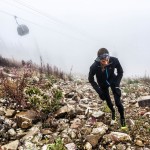 Checking out the VK course at the Golden Ultra with Kim.

I road tripped out with Kris Swanson and Kim Magnus who are awesome driving buddies. Capra Running generously helped out with getting me to the race as well. The VK was a fun course with a mix of flatter running and very steep ski hill hiking. Using poles (Leki Micro Trail Pro) was key. I managed a win and a new CR. The 60k day I was not looking forward to. I don’t do a lot of faster running (mostly lopping along and lots of hiking) so it was a shock to the system. I was leading the race at the high point around midway through the race and part of the descent but the pounding hard down fire roads just shredded my legs and I wobbled to the finish. The 20k was just going through the motions as I could barely walk. Overall though, the weekend was a blast and very well organized. I’d highly recommend the race if you, you know, actually like ultras… 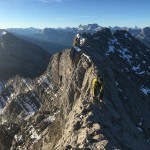 After Golden, Kris and I pressed on to Canmore for a few days of exploring. I was generally a bit too sore to do much but did manage to get up Lady MacDonald with Joel from SkiUphill.ca which was a treat. From Canmore, we booked it back to Squamish and I met up with the BC Junior Mountain Running Team in Whistler for their Fall Training Camp which I had agreed to help coach. My legs were still pretty wrecked and my left knee was starting to develop some pain from overuse (shocker). I managed to limp through the weekend with help from my poles but that was pretty much the end of my running session.

The knee pain took quite some time to resolve. Luckily this coincided with some slightly less ideal weather on the Coast and some extra time spent at school so it wasn’t entirely a disaster. I was limited to uphill running for the most part at the gym and the Gondola which is fairly time-efficient training.

Our first skiable snow arrived just around my birthday in October but didn’t become more reliable until mid-november. I got in a few ski days and supplemented with some climbing days and gym sessions. I opted to join the Mountain Fitness Centre in Squamish this season to do strength work and it’s been much nicer than my previous strategy of piecing things together in the backyard.

Winter appears to have arrived fully now on the Coast though. Whistler Blackcomb opened a week early, Red Heather is a reliable training spot, and the Duffy Lake Road is skiable. Hopefully no major rain events wash all our snow away! 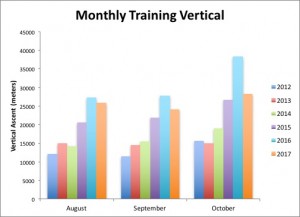 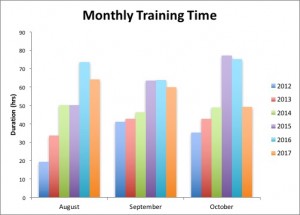 As you can see, my training in August tapered off a bit approaching the races in September. As well, because I was racing, I didn’t train as much in September. Training was also a bit lower in 2017 compared to 2016 because it is a non-World Championships year. October is one of my lowest training months in some time with a combination of my knee injury and school.

Panorama from Blackcomb Peak on one of the last days of the fall! 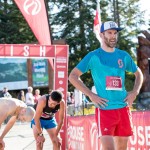 Worked at the end of the Grind Race. 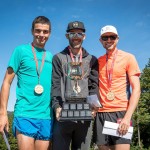 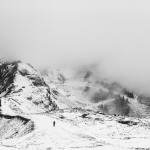 Enjoying some snowy conditions at KHMR. 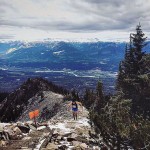 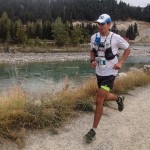 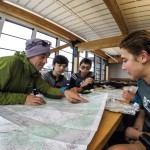 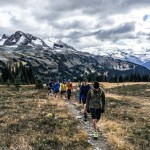 Beautiful backdrop on the third day of camp. 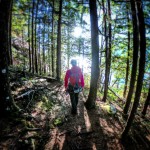 Getting in a few last rock climbing days with Andrea. 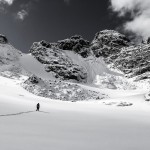 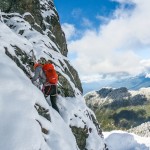 Nick leading up the main gully on Co-Pilot in pretty wintery conditions. 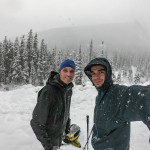 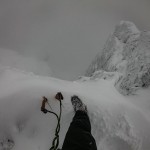 Looking off the West Face of Sky Pilot. 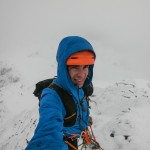 Rapping the pink slab after a mixed climb on Sky Pilot. 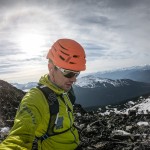 Running along Blackcomb Peak after one last climb of Blackcomb Buttress for the season. 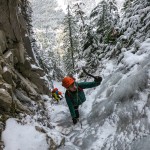 Some easy Ice climbing on the Duffy Lake Road with Jimmy and Nick.