We have had a record setting month of good weather. It was the sunniest month ever in Vancouver with 34 consecutive days of sunshine. All this sun meant the already low snowpack disappeared even quicker. With great weather and conditions to run and climb, that is what I have been trying to do – a lot. There have been a few trips that deserve their own posts but I didn’t quite have the time. Instead, in addition to summing up the month’s training. I have photos from trips with a bit of info in the captions.

This has been my biggest training month so far. I tried to step up the running and cover more vertical. Add a couple days of alpine climbing and it was a big month. Not quite the same as Nordic ski training – much less high intensity training and much much more easy volume. I also managed to get out and tick-off a few of the big scrambles that I had been keeping an eye on for a while. The highlight of these was Castle Towers – a long run from the car and an exciting scramble to the tippy top with awesome views of Garibaldi Park.

This big airplane passed over us several times near Garibaldi Lake on the way to Mt. Price. 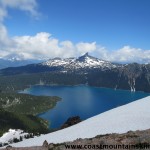 Looking back across Garibaldi Lake to Black Tusk. Still quite a bit of snow in the meadows. 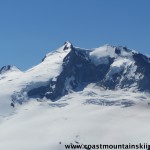 Nick and I stopped for a few minutes on the dock at the ranger cabin on the lake. 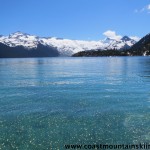 Garibaldi Lake has a pretty unique color to it. It is also incredibly clear. 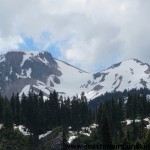 Clinker Peak (r) and Mt. Price (l) still holding quite a bit of snow. They would look significantly different later in the month.

The Eammons and Winthrop Glaciers on Mt. Rainier seen from Sunrise. Nick and I drove down to try another attempt but after a short trail run to scope out the route we decided conditions were not right and headed back to Canada. 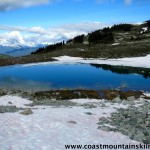 Blackcomb Tarn at the bottom of the Blackcomb Buttress. 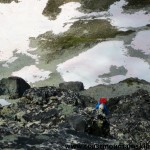 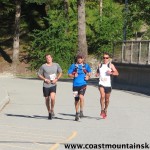 Nick, Gary, and Mike at Cleveland Dam – halfway through the 2013 KneeKnacker. Nick made a strong move to take the lead just after this photo. 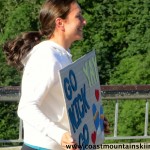 I joined Karina, Nick’s girlfriend for watching the race. It was a blast and exciting to see friends racing. 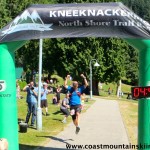 Gary won the KneeKnacker with a near record time. Here he is actually airborne despite having just run 50 kilometers. 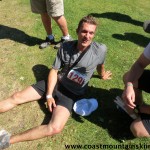 Nick was pretty worked at the finish. Its actually pretty rare to see him so tired. 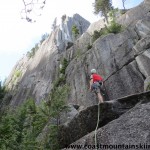 Adam B. taking the lead on a surprisingly rare day rock climbing in Squamish. Too much running.

The N. Face of Castle Towers from the top of Black Tusk. 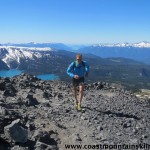 Brad following to the summit of Black Tusk. A very staged looking photo but actually not staged! 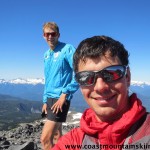 I have been driving past Black Tusk for almost 4 years and finally managed to make it up to the top! 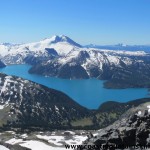 The view down to Garibaldi Lake is pretty awesome with Mt. Price and Mt. Garibaldi in the background. 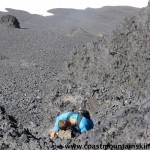 The crux chimney up Black Tusk was nowhere near as difficult as I expected.

Brad and I were just over 2 hours to the top of Black Tusk – a few minutes shy of Nick’s time from last year. 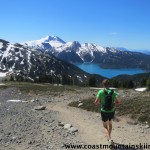 The meadows below Black Tusk make for some pretty awesome running. 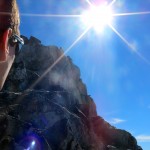 Looking up the summit block of Castle Towers. 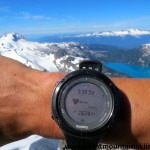 Castle Towers took me 3:38 from the car to summit. I slightly edged out Nick’s time from last year but his round trip was significantly faster. 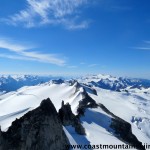 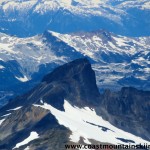 A rare view of Black Tusk from above! 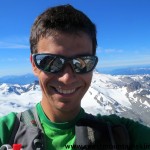 I was definitely excited to get to the top of Castle Towers but already dreading the trip back to the car. 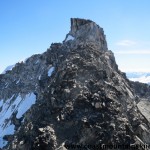 The true central summit of Castle Towers. The snow patch near the top is the most exposed section. The snow face to the left is high on my list to ski this winter. 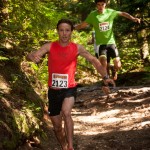 I raced the 5Peaks trail race at Cypress Mountain. Adam Campbell took off in the lead and held it the whole race. (Robshaer.com Photo) 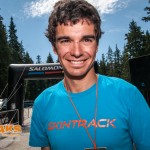 I wiped out hard but managed to pull back into second place behind Adam. All in all a pretty fun race. (Robshaer.com Photo) 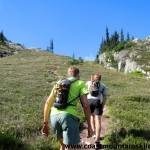 Railroad Pass is pretty awesome. You drive high on the road and can start running almost in the alpine. 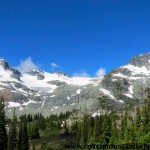 The Railroad Traverse hits each of the major peaks in above this bowl. Visible (r to l) is Face Mtn, Caboose Pk, Tender Mtn, Locomotive Mtn. 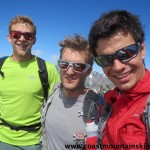 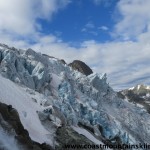 Seracs on the Matier Glacier Icefall. 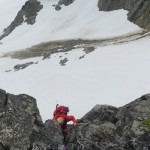 Alexis high on the Southwest Buttress of Mt Matier. We took 8 pitches from the very toe of the buttress. 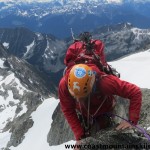 The climbing on the buttress was generally very easy but very loose. We tried hard not to knock any rocks onto each other.

After finishing up the last of the rock climbing, it was a 15min scramble up and across the ridge to the true summit.

From the tip top we put on crampons and descended easy North facing snow slopes.